The 48-acre property, referred to as the Lagiss Property after the former owner, was purchased by Central San in 1990 as a buffer property to prevent incompatible land uses from developing adjacent to our treatment plant. For years, the property has been leased out for livestock grazing to control vegetation. While that use is expected to continue, portions of the site are being studied for a low-impact, solar energy project.

The goal is to generate renewable and sustainable electric power at an affordable cost to reduce Central San’s power expenses. The project would offset roughly 100% of Central San’s annual PG&E electrical needs at our treatment plant and 18 pumping stations throughout our service area that are too small to accommodate individual solar arrays. Cumulatively, over the 25-year life of the project, it will generate nearly $6.5 million in net utility bill savings. The system will avoid 1,865 metric tons of carbon dioxide emissions annually, equivalent to 4,600,000 vehicle miles driven.

Central San has awarded a Power Purchase Agreement to REC Solar who will design, construct, operate and maintain the solar array for up to 25 years. The project goals include a short construction period, minimal, ongoing maintenance activity, and minimizing panel visibility to neighboring residential areas while balancing existing site constraints. 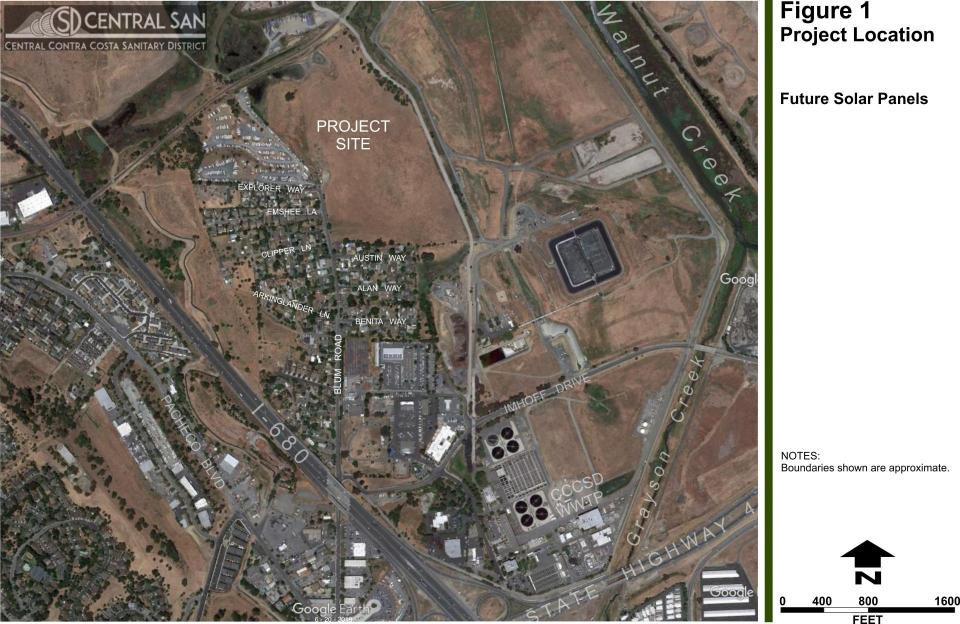 Figure 2 presents the proposed layout of the solar panel array, given the property’s varying slopes and easement constraints for existing, underlying pipelines and other easements. Central San has required that the visibility of solar array from the Blum Road neighborhood’s residential areas be minimized, so as to preserve the site’s rural appearance from non-commercial areas. 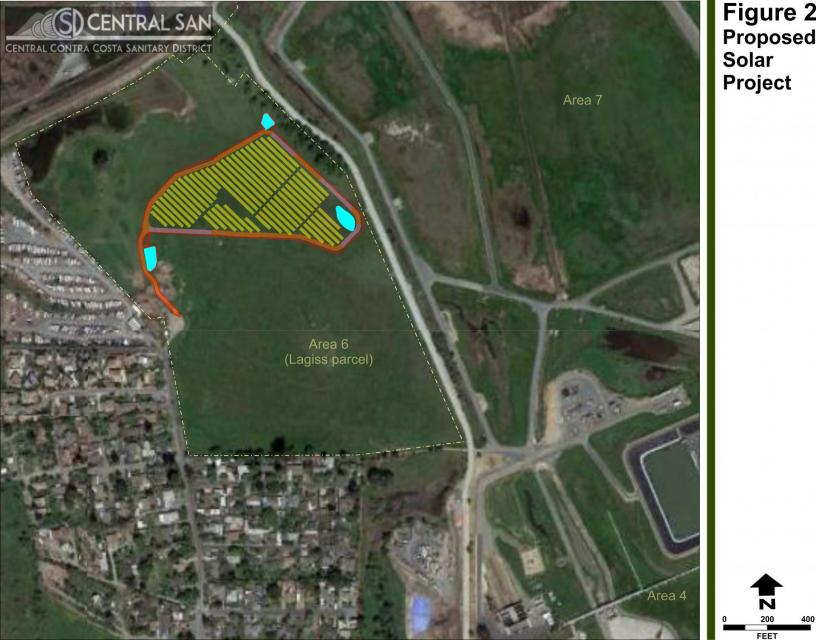 The Project would consist of a 1.75 -megawatt solar photovoltaic energy generation facility and include: